On the 12th of November, the SIC partners - The Young Foundation, Social Innovation Lab and the Danish Technological Institute facilitated a breakout session during the SIC final event held in Seville. The aim of the session was to showcase and reflect on the experimental work developed across four European cities to co-create solutions to locally defined challenges. 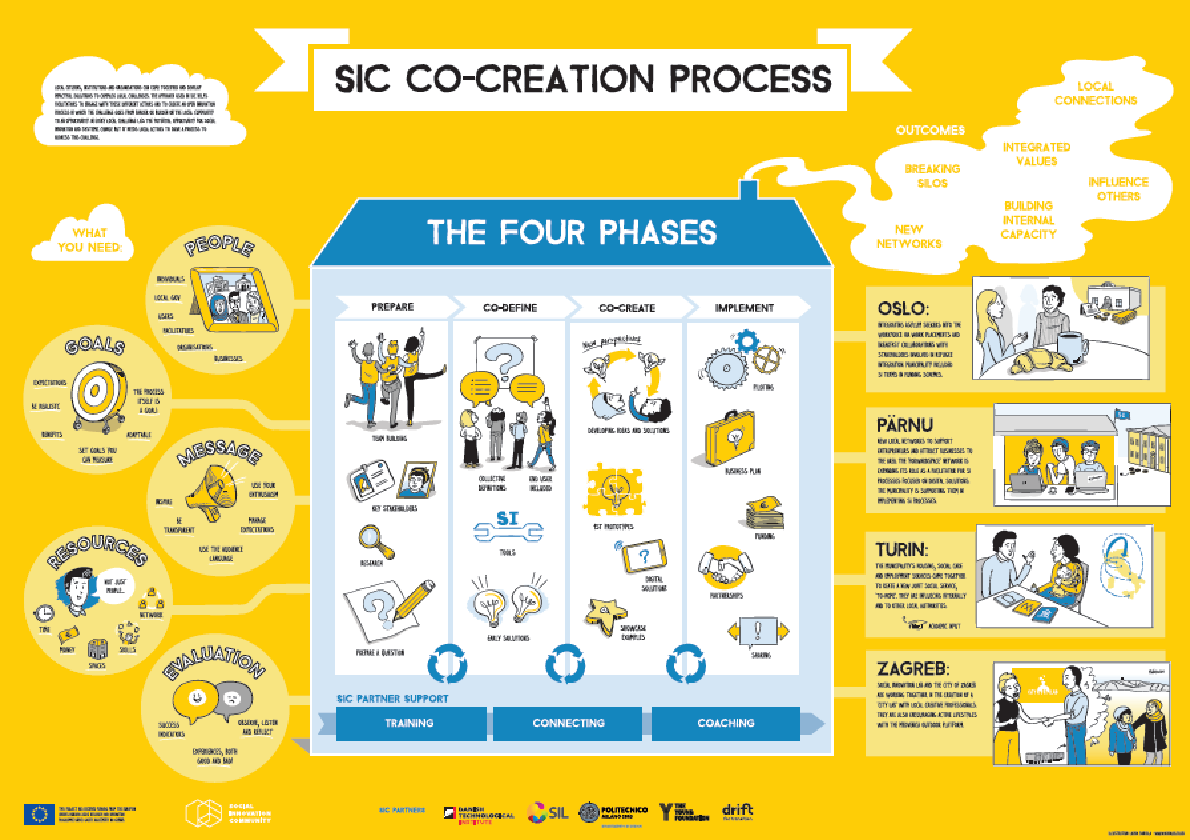 SIC is a community for social innovators across Europe. The SIC project facilitated an active community within which social innovators across Europe could meet, exchange knowledge and skills and collaborate on innovative bottom-up solutions. In so doing, project partners and participants developed a deeper knowledge of tools and methods that may be co-implemented during social innovation-based activities. In addition, the SIC project provided practitioners with a clearer overview of known and often times neglected individuals/stakeholders, organisations and networks within the realm of social innovation. In so doing, SIC provided public decision-makers and other key actors with access to necessary resources with ways in which to better familiarize themselves with challenging societal issue, but also how to co-create solutions with those challenged by these societal concerns.

In Seville, SIC partners, social change activists, national, regional and local government representatives, leading social innovation think-tanks, concerned citizens, researchers and industry leaders were provided a prime opportunity to join together under the Final Event’s theme of “Beyond imagination: a socially innovative Europe”. It was an opportunity to showcase and celebrate three years of social innovation actions including place-based experiments in five European cities, and developing and fine-tuning of learning resources. More importantly, it was an opportunity to showcase and garner awareness and further support for the crème de la crème of the project, the Lisbon Declaration - #SIDeclaration - a manifesto founded on three years of work and consultation of over 350 people, culminating in 10 practical policy recommendations geared towards a “social triple A” for Europe.

Two such recommendations or priorities within the context of experimentation and testing of new cross-sector and transnational collaborations in addressing locally defined issues and challenges, as observed during the four place-based experiments during the project and widely supported, include:

In Nov 2016, in the framework of the SIC, project partners started experimental work in cities in Croatia, Estonia, Italy and Norway. Local organisations went through a facilitated process in which together with stakeholders (civil servants, young professionals, private businesses, public employees, NGOs and refugees) they co-defined specific local issues for which they aimed to find solutions.

The SIC partners shaped their approach to support these local organisations through the principles of collaboration and openness, iteration, diamond-shape, coaching-support and peer-to-peer learning.

At the end of the experimentation over 10 solutions were co-created with the biggest impact being the improvement of local conditions for social innovation, namely: 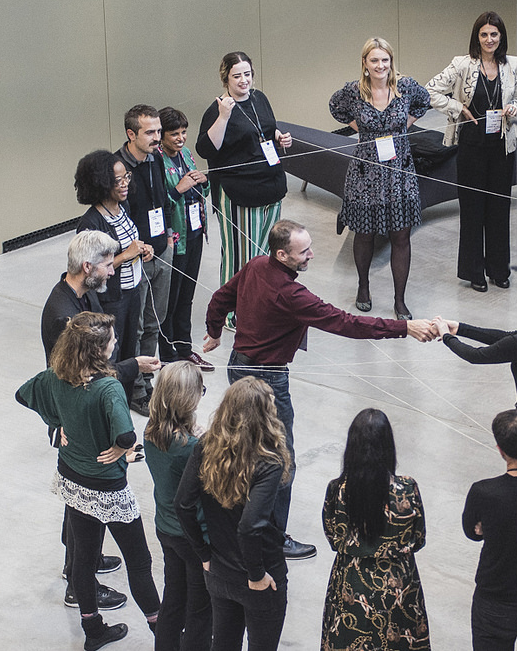 The Final Event brought together the protagonists of these experiments and participants in a session where they shared their stories behind the experimentation processes, barriers and challenges they faced, drivers of the process, lessons learned, reflections around experimentation and its future. Further #collaboration and #experimentation are still needed to overcome the challenges we currently face and create a greater social impact.

In SIC we believe funding should be made more flexible to encourage the successful development of solutions. Funding is needed at all key stages of the social innovation lifecycle, including prototyping, experimentation, scaling and replicating proven innovations.

We would like to express our great appreciation to the people from the experimentation local organisations who supported us with their great professional work and enthusiasm: